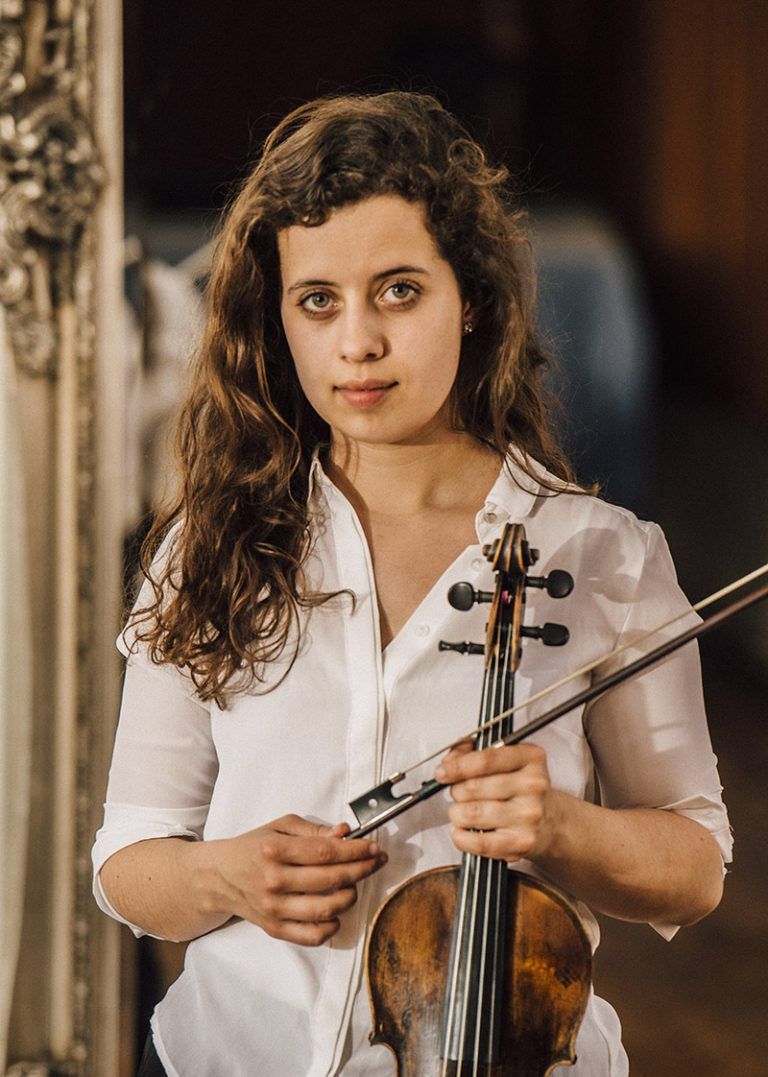 Saskia Frijns (1993) rounded off her Bachelor of Music of violin at the Maastricht Academy of Music, and studied with Elisabeth Perry for the Master of Music in Performance at the Utrecht Conservatory, which she finished in 2018. She also received lessons and masterclasses from, among others, Maarten Veeze, Lei Wang, Eszter Haffner, Barbara Doll and Sarah Kapustin. Currently Saskia is following the Master Applied Musicology at Utrecht University. She also works as a producer for chamber orchestra Heritage Sinfonietta and Grachtenfestival Amsterdam.

Saskia played orchestras such as the Metropole Orkest, Gelders Orkest (Arnhem Philharmonic), Orkest van het Oosten, Kamerata Zuid, Sinfonia Rotterdam and the Dutch National Youth Orchestra (NJO), where she played in numerous projects, also as principal and co-principal. With the NJO she collaborated with a.o. the Residentie Orkest, the Dutch National Opera and the Nederlandse Reisopera.

Saskia has collaborated with various artists – from Janine Jansen, Krzysztof Penderecki, Xian Zhang and Antony Hermus to Vince Mendoza, funk guitarist Cory Wong, singer Sharon Kovacs and trance vocalist Susana. She has  collaborated in national and international radio- and tv- broadcasts and cd-recordings, and performed on festivals like Tomorrowland and Jazz Middelheim.

In 2017 she founded her own chamber music ensemble: the Florestan Ensemble, performing regularly in different venues.